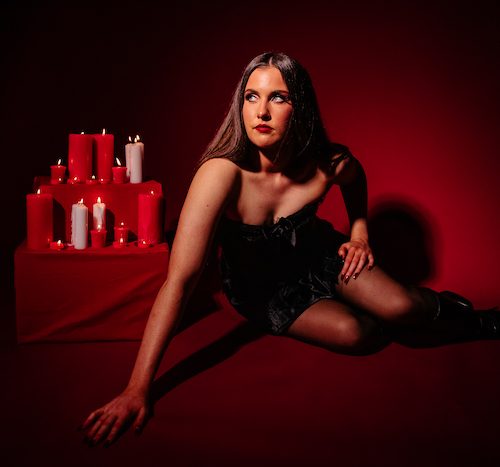 Burning Grace incorporates the alternative folk-rock sounds of the 70s, giving listeners both a nostalgic and completely unique experience. Her captivating melodic vocals, heart-drenched lyricism and divine feminine presence has been influenced by musical giants such as Joni Mitchell, Stevie Nicks and Lana Del Rey in order to create a melodic sound that is reminiscent of Greenwich village inspired folk-rock-pop. After cutting her teeth through the backyard gig and bar scene, Burning Grace has supported local acts around Melbourne and continues to thrive in the Melbourne music scene. After releasing her debut EP “Silverleaves” in 2020 which acquired over 60,000 streams and radio/TV recognition through such acclaimed networks as Triple J and MTV Australia, Burning Grace continues to use her musical crystal ball of hypnotic melodic sounds to look forward to into the future.