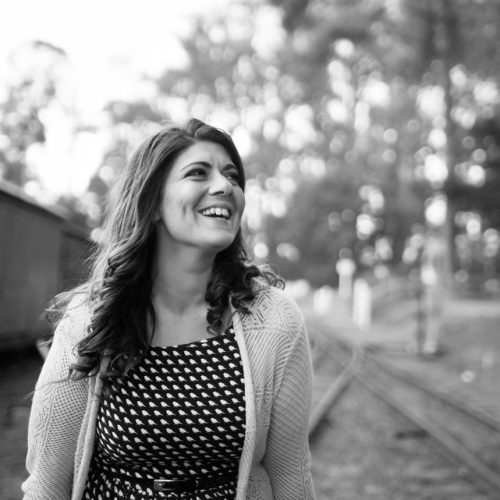 Coby DeMaria is a Melbourne based singer/songwriter.

Known for her beautiful voice & remarkable songs, Coby has been communicating to audiences for over 20 years, delivering a soulful expression of life & love through an infusion of musical styles. Her writing & musicality have been recognised all throughout Australia, her arranging & vocal directing talents coming to the fore in the incredible songs she is consistently producing.

Coby’s love of music began at a young age when she started playing piano. She made the transition to guitar in her early teens & has been writing & performing on both ever since. Armed with her instrumental skills & a knack for vocal arranging, Coby devoted most of her formative years to developing her craft & exploring new sounds. She participated in the highly acclaimed ‘Kool Skools’ recording project run by Studio 52, which opened the door to the world of recording. By the time she had graduated high school, Coby not only had multiple bands, tours & original recordings under her belt, but had also received an array of awards recognising her songwriting/vocal achievements. She has been fortunate enough to have been mentored by some of Australia’s finest musicians, all which have contributed greatly to the artist that she is today.

Among these mentors is musician & producer Andy Sorenson. In 2006 they began collaborating on her song ‘Beautiful’, which was released shortly after. This song gained considerable attention nationally, including a finalist spot in 89.9 Light FM’s Musical Challenge & airplay on various radio stations country wide. It is now one of the most requested songs in her repertoire & still receives airplay to date.

Currently, Coby is working on a new album with Andy, which is set to be released in coming months. Her latest single ‘Dust’ is available now!